The Lancers beat Worthing 2-1 in their third pre-season friendly of the campaign, in front of a fantastic crowd on Tuesday!

After two pre-season wins against lower opposition (2-0 away to Billingshurst and 5-0 home to Mile Oak), Manager Naim Rouane (Naz) set his side the challenge of Worthing F.C. A youthful line-up from Worthing but still formidable opposition. Naz stuck with the same starting XI, which began against Mile Oak.

Worthing began brightly winning an early corner which Matt Evans was able to palm away, the ball falling kindly to a Worthing player, who volleyed over the bar. Matt Evans was then called upon to make a vital save with his outstretched leg, as the Worthing No.9 was put clear.

Worthing continued to press, winning a series of corners, the third of which, in quick succession, resulted in the unfortunate George Fenton conceding an o.g. at the near post. Lancing hit back with Mo Juwara breaking at speed into the penalty area before being halted by a well-timed tackle. A spell of good possession by Lancing with patient build up play between Mike Williamson, Tom Caplin, Kane Louis and James Rhodes, was creating openings down the left flank for Lewis Finney and the overlapping George Fenton, and on the right, the exciting talent of Mo Juwara and James Beresford, but it was Worthing who came close to increasing their lead with a quick breakaway.

A goal looked to be a certainty but Matt Evans again came to the rescue spreading himself well and then parrying the rebound before Omar Bukleb tidied up and cleared the danger.

Lancing finished the first half strongly. A lot of good tackles were won and there was quick circulation of the ball. There was plenty of energy and commitment exemplified by Mike Williamson and Tom Caplin. Kane Louis and James Rhodes were stong in possession. It was Tom winning the ball which presented Lewis Finney with a shooting opportunity but his low drive was pushed wide for a corner. From the corner, the ball was driven low and hard into the box and cannoned off a Worthing player into the net via the underside of the crossbar. A goal Lancing deserved on the balance of play.

Lancing were creating more scoring opportunities as their dominance grew and twice the hardworking Mo Juwara had the goal in his sights but could not test the keeper. Another scare at the other end was coolly dealt with by Matt Evans coming off his line to win possession. Lancing were growing in confidence as the half ended with shots from Tom Caplin, and James Rhodes bringing good saves. The impressive Kane Louis then had a shot deflected for a corner. Clever play by Lewis Finney set up Liam Hendy but his shot was deflected for another corner which was comfortably dealt with.

The second half began with Alex Bygraves on for Omar Bukleb and Josh Clayman for George Fenton. This was to be the first of many substitutions, which saw Dave Sharman, Josh Clayman, Jack Baden and Josh Swietlik all coming on to help strengthen Lancing’s grip on the game. Liam Hendy, James Beresford and George Fenton re-appeared with Liam Hendy, who had looked very calm and composed at the back, occupying a more advanced role.

Another period of intense pressure by Lancing produced the winner with Jack Baden hitting the back of the net with a fierce strike from inside the box. Lancing came close to increasing their lead after some disarray in the Worthing penalty area but a goal bound shot was blocked. Matt Evans again came to Lancing’s rescue after a defensive error presented Worthing with an opportunity to draw level.

Lancing could be well pleased with strong performances throughout the team and a bumper crowd was treated to some fast, skilful football from both sides.

Impossible for me to pick my MOM. So many candidates, but a special word of praise to Matt Evans, who made crucial saves to keep Lancing in the game. 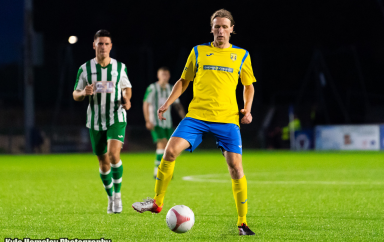 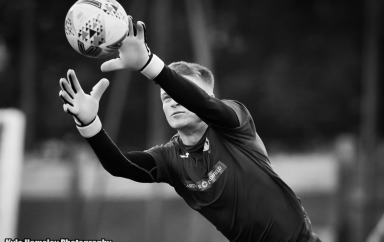 Friendly Against The Rooks