Lancing soon settled into their disciplined pattern of play against a strong Three Bridges side, with lots of controlled possession and good movement. An early break from Mo Juwara, set clear by James Beresford, looked promising but came to nothing as Mo over-ran the ball which went behind for a goal kick. Somewhat against the run of play Bridges were gifted an opportunity to go in front, when Liam Hendy’s back header to Matt Evans was under-hit, but, fortunately, Matt Evans was alert to the threat, coming off his line quickly which was enough to cause the Three Bridges’ forward’s attempted lob to clear the cross-bar.

Lancing’s first serious threat produced a goal on 10 minutes. A swift exchange of passes between James Beresford, James Rhodes and Lewis Finney presented Lewis with a shooting chance. His attempt was blocked close to the goal line but Mo Juwara was quickest to react and managed to get the ball over the line. It was a close call but the referee’s assistant was right up with play and immediately flagged for a goal.

Lancing continued to dominate possession, playing out from the back with plenty of quick inter-passing, leaving Bridges to attempt to close down, but being outplayed and struggling to get a foothold on the game. James Rhodes, showing good tight ball control, set up Kane Louis who seemed to be fouled as he was lining up to shoot, but nothing was given. This enabled Bridges to break away, and only some great covering by the impressive Omar Bukleb cleared the danger. On 20 minutes, Lancing came close to a second with what would have been a freak o.g. Under pressure on the touchline, the Bridges left back hit a long back pass which caught his keeper unaware, but fortunately for Bridges the ball went into the side netting.

It was the host’s turn to cause a scare at the other end, with a header from a free-kick which Matt Evans was able to push over the bar. However, the flag was then raised for offside. The good understanding developed between George Fenton and Lewis Finney over several years of playing together showed itself just on the half-hour mark. George and Lewis linked at pace on the left wing.

James Rhodes was on hand to assist laying the ball on for Lewis who took careful aim from 12 yards or so, curling the ball past the keeper towards the left of the goal. Arms were raised by supporters in anticipation of a perfect finish only to be disappointed as the ball rebounded from the upright. Lancing were at full throttle at this stage of the game; Tom Caplin’s ability to make good runs behind the opposing defence almost brought dividend when he was upended in the box for what looked to be a good shout for a penalty, but appeals were waved away. Sloppy play by Bridges, giving possession straight to Lewis Finney, almost proved costly as he played James Rhodes in with a clever pass, but James was given offside.

It was Mo Juwara’s turn to find himself in a good position, using his pace and bursting beyond the Bridges back line, but he too was (correctly) flagged offside. The game came to a premature end for the hardworking James Rhodes as he sensibly left the field, having sustained what we hope is only a slight hamstring twinge. This provided Conrad Honore with the opportunity to show his capabilities (and plenty of them there were, as we were later to see). Kane Louis now occupied the striker’s position at the spearhead of the attack. The first-half finished with Tom Caplin getting to the bye line and pulling the ball back, but fractionally behind the attacking support.

Half -time assessment was how well Lancing had moved the ball around, playing out from the back. The back four of the versatile James Beresford, the calming and composed partnership of Liam Hendy and Omar Bukleb, and the determined tackling and forward running of George Fenton, looked solid and confident on the ball, always looking to retain possession and get the ball forward through the midfield.

Bridges came out in the second half clearly fired up by the half-time team talk. Their No.11, Andy Sesay, looked extremely dangerous with good close control and strong running. Fortunately, Lancing were able to match his aggressive breaks down their right flank with some determined tackling. The foul rate by Three Bridges rose in the second half as they tried to impose themselves and stifle Lancing’s possession game. Conrad Honore was showing great maturity and was getting into the action frequently. Always willing to receive the ball and bring others into play.

From free-kicks conceded by Bridges, Omar Bukleb put a header towards goal, but of which was comfortable for the keeper, and Lewis Finney fired a shot which flew narrowly past the upright. Sesay continued to pose a threat and when he looked to have been brought down as he burst into the penalty area, the referee, who was right on the spot, rather harshly penalised him for a dive rather than awarding what looked to most of us a penalty.

After 20 minutes Mo Juwara left the field to be replaced by Mitch Hewens. What a revelation he turned out to be helping to bring life back into Lancing’s attacking play. Fast penetrating runs down the left wing and a willingness to try his luck with a fairly powerful left foot shot. He and Conrad were a constant menace, and Lewis Finney was able to feed off some good supply. Alex Bygraves came on for James Beresford with Liam Hendy moving to right back. Conrad took up a more advanced role as Kane dropped back into his more accustomed midfield slot.

Mo was soon back on to replace George Fenton, leaving the field as a precaution, having just returned from injury. Mitch and Conrad continued to carve openings with their pace and clever play and one such combination provided the ever-available Lewis Finney with a shot on goal, but he sliced the ball over from close range.

Lancing showed their high fitness levels finishing the second half strongly. Mike Williamson, Mitch, Liam and Conrad all managed to have shots on goal. Conrad came closest to scoring with a low drive which the keeper got down well to save. The final substitutions for Lancing saw Jack Baden coming on for Lewis Finney and Josh Swietlik for Tom Caplin.

So, Lancing completed their preparations for the coming season with their best performance, against what we were told was virtually Bridges best line up. It was good to see a slimmed down, fit looking Lancing favourite from last season, Jonathan Lansdale, coming on as a sub for Bridges. He did well for us so we wish him well for the coming season.

What was particularly pleasing was to hear the complementary remarks made by three of my friends/playing colleagues from my Three Bridges playing days. Alf Blacker, Alan Bell and Alan Ladd were mightily impressed. We supporters also heard Bridges supporters talking among themselves and they were full of praise. I also understand that Bridges management congratulated our boys on their display.

Naim and his coaching support, David and Kane, are building something special with a blend of experience and fast, skilful young players. Things will become more of a challenge as we move from friendlies into league and cup competition, but a lot of hard work has been put in during pre-season to provide a solid foundation – and we will be supporting the boys all the way!

The post-match discussion regarding of MOM threw up a number of good candidates, making selection another headache for the Committee, but we settled on Omar Bukleb for his calmness in possession, sound positional play and good understanding between he and Liam Hendy. 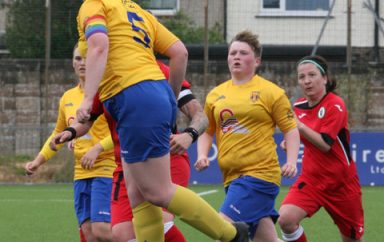 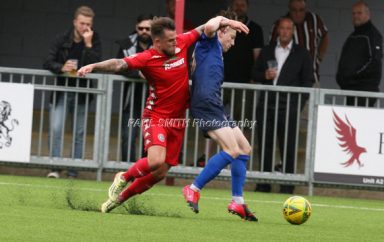