Rouane's side beat Horley Town 3-2 on Tuesday night at Culver Road, making it 2 out of 2 league wins. 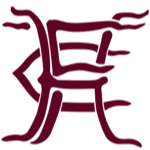 A late withdrawal, with a slight hamstring problem, by Liam Hendy enabled Dave Sharman to join Omar Bukleb at the heart of Lancing’s defence.  Alex Bygraves was serving the second of his three match suspensions carried over from last season and George Fenton was still nursing an injury.  Nevertheless, the Lancing defence looked solid and able to get forward at pace along the flanks with Josh Clayman and James Beresford.

This was a new experience for Lancing hosting Horley Town, newly entered into the Southern Combination Football League from the Combined Counties League, and they began promisingly maintaining possession well and moving the ball quickly from player to player.  When Horley did manage to get the ball, they showed a willingness to get it forward quickly and a burst down the right wing resulted in a dangerous low cross into the six-yard box which Dave Sharman did well to cut out.

There were a few careless lapses by Lancing after good build-up play and Horley were quick to counter but were unable to take full advantage of their possession.  Mike Williamson was in the thick of the action winning some vital tackles and he initiated a good move between James Rhodes and Mo Juwara which resulted in Mo firing in a left foot shot which the Horley keeper was able to smother.  Mo was again in the action with a  run inside from the right wing.  He found James Beresford who fed Lewis Finney whose curling shot to the keeper’s left went narrowly high.  Horley again posed a threat with the directness of their play, earning a free kick which came to nothing as the ball flew over the bar.  A rare sight was to see Josh Clayman beaten. A good cross came in but the connection was not enough to trouble Matt Evans.

On 29 minutes, Lewis Finney and James Beresford combined well on Lancing’s left wing. James made inroads towards the bye line and looked to have been brought down. Initial response from the referee appeared to indicate a penalty and there was some confusion when he subsequently pointed for a goal kick.

Lancing were in full flow around the half-hour mark with Mike Williamson showing all his ball-winning attributes. After a solid tackle to win the ball, Mike set up a sustained period of Lancing possession which provided a shooting opportunity for Lewis Finney but his shot flew over the bar. Next it was the turn of Tom Caplin to try his luck but his goal-bound effort was blocked for a corner. Lancing were showing some neat and intricate football in and around the penalty box but were unable to seriously test the Horley Town Keeper.

Another great tackle by Mike Williamson was the springboard for an attack involving Kane Louis who cleverly provided the opening for Lewis Finney to put Lancing 1 up on 36 minutes, from close range. Mo was proving a tricky customer for Horley to deal with. Firstly, getting to the bye line but crossing too deep to cause any problems. Soon afterwards Mo did well to retain possession at the edge of the box before slipping the ball through for Lewis Finney to keep a cool head before putting Lancing 2 up on 40 minutes. Lancing looked in control at this stage but with only a couple of minutes to go before the break, a Horley Town breakaway led to Omar Bukleb conceding, what looked like a soft penalty. Butch Smith made no mistake with the spot-kick to give Town a boost as they entered the dressing room.

Horley made two substitutions at the interval which, together with a greater sense of urgency in their play, made sure that Lancing did not have things all their own way. It was something of a shock to their game plan when after barely 3 minutes into the second half, Lewis Finney notched his hat-trick and restored Lancing’s two goal advantage. The finish, a curling shot into the far corner, was sublime but the sequence of passes (I lost count) which lead to the goal had manager Naim purring with delight. But Horley were not out of the game. Making good use of their height advantage from dead ball kicks and long throw-ins, they gave the Lancing defence some uncomfortable moments. Matt Evans had to be alert to read the danger. Alex Fair replaced James Rhodes with 30 minutes to go.

Lancing survived a scare with a dangerous cross from the left which fell invitingly for a Horley attacker only for him to slice the ball wide with the goal at his mercy. Mo was still a threat with his tricky runs and was on the receiving end of some robust (and illegal) tackles. Around the 70-minute mark, Horley Town made their aerial power pay off with a header laid off for the ball to be volleyed home by Kerran Boylan for Horley’s second. This gave Horley added impetus and it took another great tackle from Mike Williamson to halt a dangerous attack.  Mitch Hewens replaced Mo for the last 15 and he picked up where Mo left off using his pace and close ball control to put pressure on the Horley defence.  At the other end, Matt Evans had to race from his goal-line to clear a through ball and there was relief when Horley volleyed over from close range.  Another long throw in added time produced a nervy ending but Lancing were able to clear the ball to safety.

So, Lancing held on for a deserved three points as they now turn their attention to their away trip to Egham Town in the F.A. Cup on Saturday!

Man of the Match – Lewis Finney

Our thanks to committee member, Dave Wilmott, for his match report.