Rouane's side beat Chessington & Hook 3-2 at Culver Road on Saturday. 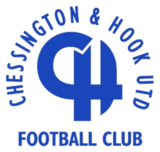 Two seasons after being drawn away to Chessington and Hook in the FA Vase, the draw brought the two sides together again, but this time Lancing were drawn at home. On the previous occasion Lancing drew the away fixture but lost in the replay at Culver Road.

Lancing had a dream start, with some flowing football initiated by Tom Caplin who switched the ball wide to Mo Juwara. Mo fed the ball to James Rhodes who slipped it through to Lew Finney. Lew had time to look up and find a gap between the keeper and his right post with perfect precision, to put Lancing ahead with barely three minutes on the clock.

Lancing stuck to their familiar and well drilled pattern of play with Taylor Seymour playing the ball out to either Alex Bygraves or Liam Hendy and from there they were able to find midfield players, Tom Caplin, Kane Louis, or Mike Williamson. They were able to bring James Beresford into attacking positions coming forward from the left back position and George Fenton on the right. Lew Finney and James Rhodes were getting into dangerous areas in the final third and Mo Juwara was always an outlet on the right flank. Kane Louis was demonstrating all his skills on the ball frequently being able to turn away from his marking player or players and set up good attacking momentum. Lancing came close to a second opportunity to strike for goal when James Rhodes was sent clear by a clever pass from Tom Caplin but before James could get a shot away, he was quickly closed down by retreating defenders. Liam Hendy, in particular, was looking very composed in possession. He was well supported by Alex Bygraves taking up a wide position on the right and James Beresford always looking to receive the ball on the left and use his skill on the ball and pace to get forward. The visitors were looking to use their pace upfront to put pressure on the Lancing defence but the home side held firm. George Fenton showed his speed into the tackle on several occasions when Chessington looked to make inroads along their left wing.

Taylor Seymour, who had not been unduly troubled found himself under and a self-imposed threat with a couple of rare misplaced passes. But Chessington were unable to take advantage of the situation. Lancing continued to show the greater attacking flair and on 23 minutes increased their lead, after being awarded a free-kick when Tom Caplin was brought down on the edge of the opposition penalty area. Lew Finney fired a low free-kick which keeper Josh Woodcock got down well to block, only for the ball to rebound to Kane Louis who reacted quickly to get the ball across the line.

It took Chessington just over 30 minutes to test Taylor Seymour and he did well to hold on to a low drive.

Tom Caplin was prominent in some of Lancing’s best moves and when he put Lew Finney through with only the keeper to beat, the home supporters were ready to cheer a third goal. To everyone’s surprise, the normally deadly Lew, screwed his shot wide of the post. A few minutes later Chessington came close to scoring with a free-kick curled in from Lancing’s right touchline which was heading for the top corner until Taylor was able to palm the ball away for a corner. Both James Beresford and Mo Juwara were getting into dangerous areas. Firstly, James set up Lew, who again failed to hit the target.  Shortly afterwards, Mo began an attack on the right, moving the ball quickly infield to James Beresford and on to Tom Caplin who again created a good chance for Lew.  But it was one of those rare off days for Lew, who has shown himself to be a clinical finisher on so many occasions, but was unable to make the best of the opportunity.

Just as lancing were looking to go into the half-time break with a comfortable two-nil lead, Chessington gave themselves a lifeline, when their pacey number nine Ellis Lenthell was able to break clear of his markers and finish well.

Chessington clearly boosted by a goal out of the blue and against the run of play came out for the second half with a newfound belief. They put Lancing under pressure early on as the game became more open. Both sides were counter-attacking and the first yellow card was awarded for a foul on Lew Finney as he was about to get clear on the left wing. At the other end, Chessington put in a dangerous cross from the right flank which Tom Caplin had to chest clear for a corner. An early second-half substitution saw Mo Juwara who had just driven a fierce left shot narrowly over the crossbar, being replaced by Alex Fair. He was immediately in the action as a misplaced clearance went straight to him but Lancing could not turn this to their advantage. Lancing had a lucky escape when Ellis Lenthell again used pace to telling effect rounding Taylor Seymour and planting the ball in the back of the net, only to see that the assistant referee had raised his flag for offside. Chessington were trying to exploit the pace of their centre forward and twice Taylor Seymour had to race clear from his line to clear the ball from danger. Lancing survived another goal threat when Arafat Kabuye held the ball up well before laying it off to substitute Kieron Head who blasted the ball over the bar. Lancing were having to defend their lead and Mike Williamson, in particular, was forced into a number of crucial tackles which halted a number of threatening attacks. Mike was winning the ball and making good forward runs to turn the tide back in Lancing’s favour. Culver Road then experienced the first use of the new sin bin rule, as Ellis Lenthell found himself having to sit out 10 minutes for misconduct in disputing what was clearly a correct decision that his quickly taken throw in was a foul throw.

James Beresford made a determined run into the opposition penalty area heading towards goal and looked to have been brought down. But the referee could see nothing wrong. Alex Fair played the ball perfectly into the path of Lew Finney but his goal bound shot was blocked. With 15 minutes to go, Tom Caplin, who had worked really hard during the game was replaced by Conrad Honore.

Taylor was twice called into action, firstly making a good save putting the ball wide for a corner and secondly, racing from his line to send the ball clear. With a few minutes to go George Mitchell- Phillips replaced James Rhodes. Lancing won a free kick just wide of the Chessington penalty area. Lew Finney, so deadly from a range of 30 yards, curled the free kick towards the far post. The ball evaded everyone, including Al Fair, who was close to getting his head on it before the ball nestled in the far corner. This looked to have made the game safe. But there was still time for more goalmouth drama as Chessington gave themselves hope with a second goal almost on the 45-minute mark. At the other end, Conrad won possession just outside the Chessington box and found Kane Louis but he was closed down before he could get a shot away. Chessington quickly switched the ball forward. Mike Williamson was again Lancing’s saviour with another vital tackle and was also on hand to win the ball as Chessington hit a long free kick into the Lancing box. He set James Beresford free on the left. James made another powerful run towards the Chessington goal before firing narrowly wide. Chessington had not given up, as a long throw in put the home defence under pressure. Alex and Liam held firm and as the ball was sent clear with the Chessington keeper stranded, having come forward to add his presence in the box for the throw in, the final whistle blew.

Much relief all round, as Lancing conceded again just before half time and, from a comfortable position, found themselves being pegged back. If Lancing had come in at half time with a four-goal lead that would have been a fair reflection of the balance of play. But Chessington deserve credit for a second half comeback which came close to seeing them draw level.

Post-match committee discussion centred on the masterful composure and skill on the ball demonstrated,  particularly in the first half , by Kane Louis , the calm play from the back of Liam Hendy but the vital role played by Mike Williamson in the second half, winning a number of important tackles and headers, and showing great energy and enthusiasm, tipped the MOM  award in his favour.