The Lancers maintained their unbeaten run on Saturday, with a 2-2 draw at home to Newhaven.

Our thanks to guest reporter, Jamie William, for his report.

Lancers were denied victory for the first time this season but remain unbeaten after they withstood Newhaven’s second half onslaught at Culver Road.

Naim Rouane’s side had dealt divisional rivals Dockers a Peter Bentley Cup KO in midweek but needed extra-time to do so. As the two met for the second time in three days, proceedings again proved to be just as compelling and as evenly fought.

Former Lancing striker Jack Langford put the visitors ahead, but Lancing came from behind to lead by half time. Ex Docker James Rhodes’ equaliser and another goal for Lewis Finney, his 15th goal of the season, turned the tie on its head.

Freddie Beale levelled matters after the break, and Lancers then had to stand strong to survive an aerial bombardment. A string of saves by Matt Evans – coupled with several last-ditch challenges – kept the East Sussex side at bay.

In truth, though, whilst a point saw Lancing lose their 100% record, a draw was probably a fair result. Lancers sit hot on the heels of early leaders Eastbourne Town, with only goal difference separating the top two in the fledging Premier Division table.

It took Newhaven less than five minutes to go ahead, as Langford, whom played for Lancers at the beginning of last season, seized on a loose ball to fire under the advancing Evans from close range.

The visitors advantage did not last long, however, as Lancers restored parity only two minutes further on. Mo Juwara found Finney and he in turn cut the ball back for Rhodes, who tapped in his second goal of the season.

The returning Lee Robinson had an effort deflected behind and Jake Buss denied Finney at the other end in an increasingly end to end encounter. On 32 minutes, Lancers had the chance to go in front when James Beresford went down under a challenge. From the resultant spot kick, Finney made no mistake from twelve yards.

Newhaven equalised ten minutes after the interval when Callum Connor hit a post from Robinson’s cut-back and Beale turned home the rebound.

Robinson looked to have put Newhaven ahead, only to be denied by a wonderful Evans save, and Connor Sidwell went close with a deflected effort from distance.

Langford flashed a shot wide, Robinson headed over and Evans blocked bravely at the feet of substitute Ebou Jallow as the Dockers applied incessant pressure in the closing stages.

Lancing were restricted to chances on the counter attack and went closest themselves through Finney, who forced a save from Buss in one such foray forward.

Lancing make the long trip to Pagham in the league next on Tuesday and then host Worthing United in an FA Vase derby on 14th September.

George Fenton was voted as the official man of the match 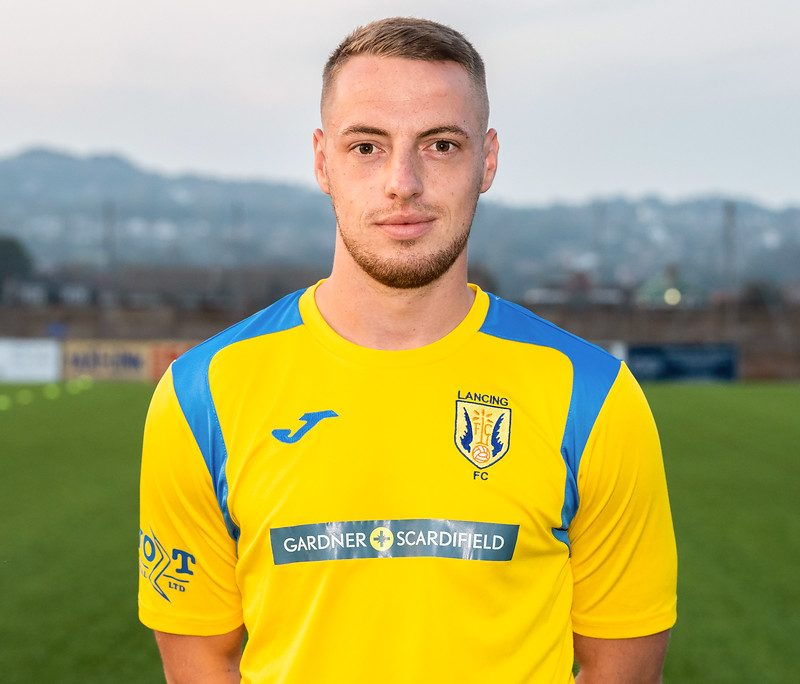