The Lancers beat Crawley Down Gatwick 1-0 on Tuesday night to earn a place in the next round of the Peter Bentley Cup. 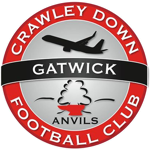 With not much time to recover from their demanding Build Base FA Vase victory away to Rusthall, Lancing manager Naim opted to make a couple of changes for what was certain to be a challenging third round away tie at Crawley Down Gatwick. Brad Santos, who had impressed coming on as a sub against Rusthall, began, together with Omar Bukleb, Matt Herridge and Dave Sharman. Tom Caplin, troubled by a niggling back complaint, felt able to start.

The pitch at The Haven looked in good condition, but a lot of moisture affected the way the ball ran across the surface which caused a few players to lose their footing early on.

There was an early injury scare when George Fenton fell to the ground after a hefty challenge. After some lengthy treatment from physio Georgie Hill, George was able to return to the fray.

Russell Malton , Crawley Down Gatwick’s no. 7, was a threat with his pace and it was clear that the tactic was to get the Lancing defence on the turn with no.6 Marc Pelling hitting long diagonal balls seeking out the wide man .But the Lancing back four well marshalled by Omar Bukleb were able to nullify the threat. A number of the balls knocked long found their way to Taylor Seymour and from there he initiated moves through Omar and Liam Hendy who both enjoyed a lot of possession and used the ball sensibly.

An early goal was going to be important to settle things down and it came from some enterprising play from the lively Brad Santos who surprised keeper Sam Smith with a shot from distance, which he could only palm against the cross bar. There was something of a melee on the goal line but James Rhodes was able to get his head to the ball and force it home.

The hosts attempted to get back level and use the aerial power of Olie Leslie and the determined running of wide men Malton and Michel Wood. A strong burst down the right led to a low cross across the face of the goal but Taylor was able to get down and hold the slippery ball.

In the last quarter of the half, Crawley Down committed a number of fouls and their dissatisfaction with some of the referee’s decisions led to Michael Belli being sin binned on 35 minutes. Olie Leslie made strong run into the Lancing box but his run was halted by a perfectly timed tackle by Omar.

On the stroke of half time it was Lancing’s turn to fall foul of the referee’s decision. A good shout for a penalty for a clear handball went ignored and, as the home defence tried to play the ball out, Lew committed a foul which earned him a yellow card. James Rhodes questioning of the referee was deemed to amount to dissent so it was James turn to serve a spell in the sin bin.

Crawley Down Gatwick came out strongly in the second half and Lancing had to put up some stern resistance. An important interception by Omar resulted in the ball rebounding to Leslie who tried to catch Taylor out with a quick shot from distance but the ball flew wide. Leslie was in the action again with a sharp turn inside and a well struck shot which Taylor was able to palm to safety.

With 14 minutes gone a decisive moment occurred when a long free kick from keeper Sam Smith reached the heart of the Lancing penalty area. This resulted in the award of a penalty for handball.

Taylor made himself look an imposing figure on the goal line and got down quickly to pull off a good save, only for the referee to decide that the kick should be retaken. Whether this was for an infringement by Taylor, who appeared to have his feet firmly implanted on the goal line, or for encroachment was not exactly clear Taylor did not allow himself to be ruffled by this and shaped up again to defend his goal. This time Leslie’s shot had a lot more power behind it but it was straight at Taylor who reacted quickly to force the shot away. Kane Louis replaced Matt Herridge, who had again demonstrated what a useful acquisition he has been, with 30 minutes to go.

The penalty was a wake- up call for Lancing that one goal might not be enough to secure the win. Kane was quickly into the game and set Lew Finney up for a shot on goal but it flew just wide. A clever piece of skill by Tom Caplin put Lew clear but Sam Smith showed his alertness racing from his line to slide in to clear the ball just as Lew was on the point of taking it round him.

George Fenton, still showing plenty of energy, made a good run into the box and appear to have received a shove in the back but nothing to cause the referee any concern. Michael Wood looked to have broken into a good scoring position but could only find the side netting.

George Mitchell-Phillips replaced James Rhodes, who had put in another good stint holding the ball up well and closing down defenders.

Crawley Down mounted a last-ditch onslaught. Twice Omar had to get his body in the way to make important blocks and Taylor pulled off a good save from Russell Malton. Right back Connor Baston had Crawley Down’s best chance in the dying minutes but got underneath the ball and ballooned it over the bar.

Tom Caplin, who had put in another fine performance went off for Conrad Honoure for the last stages but there was still drama to come. Taylor received the ball in his penalty area and to help eke out the remaining time, so it seemed, decided to play keep ball with himself. He came close to changing from hero to villain as he slipped almost presenting Crawley Down with an opportunity to place the ball into an empty net. Fortunately, Taylor possesses remarkable powers of recovery and this enabled to regain ownership of the ball and see to its safe passage away from danger.

Lancing held out and now progress into round 4. They were not able to sustain their normal fluent passing game as the second half progressed but this was down to the strength of the opposition. Never an easy game at the Haven. It did show that Lancing do not wilt under pressure and have the character to maintain their composure.

It was good to see Omar having an opportunity to play and he did well. Tom Caplin showed his strength of character shrugging off some back discomfort but, in addition, there was another very promising youngster in the team, Brad Santos, who caused the home defence a lot of problems with his fast, direct running and ability to retain possession when under challenge.

Man of the Match: Brad Santos 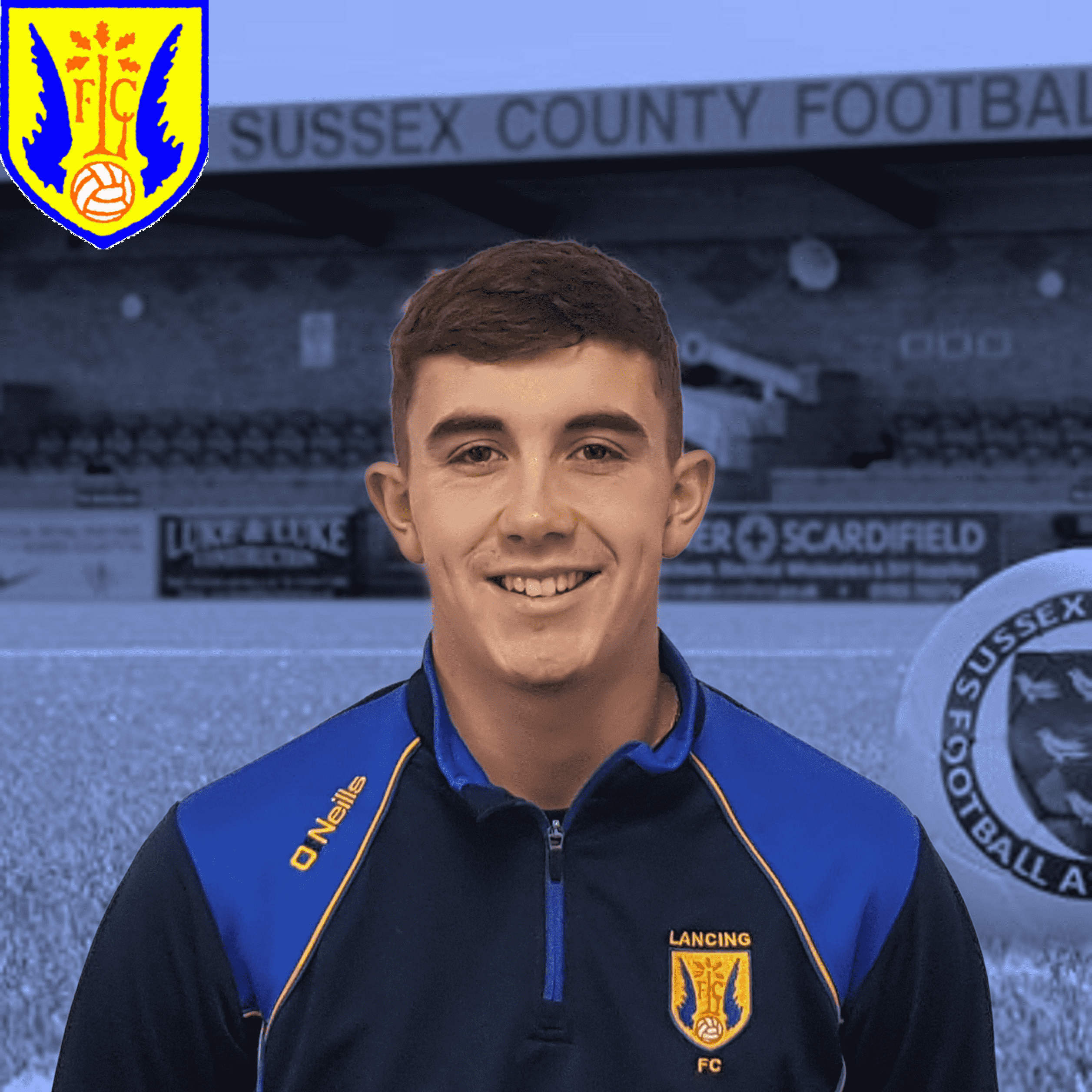