Here is your report from Tuesday night's 3-2 extra-time victory against Littlehampton Town in the third round of the RUR Charity Cup.

The sad sight of Alex Bygraves in great pain, being helped into his car to be driven away by George Fenton told the story of this bruising encounter. Littlehampton showed an unacceptable level of indiscipline, egged on by certain noxious elements in the home crowd. They racked up 5 yellow cards, two of which became reds with the addition of second yellows and one straight red. There was an intimidating atmosphere as Littlehampton, leaders of Division 1 with 9 wins and 1 draw set about bullying their way to the next round. No cards for Lancing players who did not allow themselves to be provoked into retaliation.

The scene was set in the first few minutes with a waste high tackle to bring Mo to the ground, which deserved a card. Not given. A firm stand at this point might have sent out a strong message by the referee.

Lancing were fortunate to escape going behind very early on when Taylor Seymour trying to demonstrate his ball skills, rather than clear to safety, lost possession inside his area. A goal looked to be a certainty but two great defensive blocks kept goal bound shots from hitting the net.

Littlehampton made a strong start and Al Bygraves had to be at his alert best to clear a   dangerous delivery across the face of the goal. James Beresford had been struggling with an injury to a foot and had to be replaced on 19 minutes by Liam Hendy.

Littlehampton took the lead on 31 minutes after a ball from their left flank looked to be going out of play to the right of the goal. However, it was kept in play and floated back goal wards to be met by George Gaskin who made no mistake from close range. Lancing were soon back on level terms after some excellent play by Tom Caplin pulling the ball back towards the near post before falling to Lew Finney who was able to get it over the line.

Shortly before half time, Alex Bygraves was on the receiving end of a nasty foul. It was immediately obvious that the injury was serious as Al rarely stays down after a bad tackle. However, after much attention from physio Georgie Hill, Al had to be helped from the field. Omar Bukleb came on for Al.

Lancing had yet another fortunate escape when the speedy winger Lucas Pattenden burst forward to the bye line and set up a golden opportunity for Littlehampton to restore their lead on the stroke of half time. The finish must have cleared the bar by a good 20 feet.

Littlehampton regained the lead early in the second half, after a ball over the top caught the Lancing defence out of position. The first attempt was well saved by Taylor but he was only able to parry the ball towards the onrushing Dion Jarvis who lashed the ball home.

Mitch Hewens had been on the receiving end of a number of fouls but had stuck doggedly to his task. Brad Santos replaced Mitch with 30 minutes to go and his introduction turned the tide in Lancing’s favour. He received great support from Tom Caplin who had shown great energy and commitment throughout and, with Liam Hendy   pushing forward from right back, Lancing were getting on top. Kane, Lew and James Rhodes were now able to get control of the midfield. But it was Brad ‘s pace and tricky ball skills which were tormenting the Littlehampton defence.

Littlehampton had been reduced to 10 men with the dismissal of Jordan Layton with a second yellow and Lancing were making the extra man count. Kane and Tom were combining to good effect. A snap shot from Brad brought a good save with his feet from keeper James Binfield and, when Kane found Brad with a ball over the top of the last defender, Binfield was off his line quickly to prevent Brad from lobbing the ball over him. Kane and Brad linked up again with Brad driving the ball across the goal forcing Binfield to concede a corner. Lew Finney tested the keeper with a shot from distance which was tipped over the bar and Omar met a corner with a header at the near post which flew over the bar.

Lancing were nearly caught out when Binfield put a long kick deep into Lancing’s half for Pattenden to run on to but he pulled his shot wide. With the game going into added time, Lancing looked to be going out but Max Blencoe crowned his debut with a header after a great ball in from Brad Santos.

Extra time saw Lancing keeping possession well, forcing Littlehampton to chase around to try and regain the ball. Their cause was not helped with a straight red dished out to Callum Litterick for abusive language to the linesman, reducing his side to 9 men.

Brad was again influential in helping Lancing take the lead with a fierce drive which rebounded from Binfield for Tom Caplin to crown a superb performance by ramming home what proved to be the winner.

Lancing played the game out successfully but had to defend at times as the 9 men raised their game and created a good chance for an equaliser but a hurried shot was well clear of the cross bar. There was still time for Littlehampton to suffer the ignominy of a second yellow followed by the inevitable red to substituted Ben Gray, speaking out of turn from the bench.

So Lancing advance to the next round in another cup competition. Naim can be rightly proud of the way his team kept their cool in the face of provocation. The introduction of Brad Santos was instrumental in forcing Littlehampton on to the back foot. The dynamism of Tom Caplin was a pleasure to see and for him to hit the winner was a well-earned reward for his endeavours. Also pleasing to see how well Max Blencoe slotted into the back four and great for him to get the equaliser.

Something of a worry though for Naim with the FA vase coming upon Saturday. He is certain to be without the services of the inspirational Alex Bygraves and, at the time of writing this, can only hope that his injury is not as serious as it looked and that we will soon have him back playing. Also, a concern is that George Fenton is carrying a couple of injury concerns, and James Beresford had to leave the pitch early with a foot injury.

The squad is strong enough to cope and we can look forward to the visit to Frenford with confidence.

Brad Santos earned the MOM with his performance after coming on from the bench. Well-deserved indeed. For me, I thought Tom Caplin put in an immense amount of effort, particularly in the latter stages when his legs must have been crying out for a rest. Mike Williamson, once again, made some incredible tackles and Max Bencroe can be well satisfied with how he settled into the team. Another great team display with everyone pulling together.

Man of the Match: Brad Santos 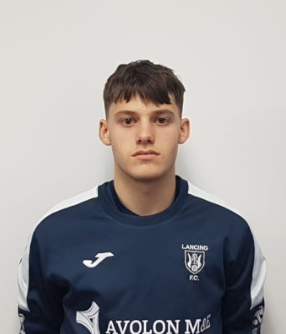