The Lancers lost 3-2 at Peacehaven on Tuesday night, following our hosts 95th minute equaliser to bring it to extra-time.

In preparing this match report I have endeavoured to remain as factual as possible and show restraint in describing certain events which I and fellow Lancing followers found very hard to accept and understand. We all do our best to support the match officials who have a difficult task and I always try to thank them as they leave the pitch at the end of the game. However, 8 yellows for Peacehaven (including a double yellow) 4 yellows for Lancing (again including a double yellow) and one straight red, in what was not a dirty game, raises its own questions.

Lancing began with their usual dominant possession and had an early reward on four minutes when James Rhodes and Kane Louis combined, resulting in a precision pass for Lew Finney to run onto. The ace marksman made no mistake and the ball was in the back of the net in an instant.

Peacehaven came close to an equaliser intercepting a misplaced back pass but the attempt on the Lancing goal flew narrowly wide. Peacehaven’s main danger came from a number of free kicks they were awarded. Lancing were able to stand firm and defend well. Liam Hendy, exhibiting great composure both defending and bringing the ball out from the back led by example and was well supported by strong tackling from George Fenton, Max Blencowe and James Beresford. George had to be at his alert best to clear a dangerous cross into the box after a good break by Peacehaven down their left flank.

The first yellow card to a Lancing player came on 30 minutes, as a result of a mistimed tackle by Max Blencowe. This was soon followed by a yellow for Peacehaven’s Josh Marshall for a foul on Tom Caplin. Mitch Hewens, who began on the left, was enjoying more success operating on the right flank with James Beresford backing him up. This was giving him the opportunity to cut in with the ball on his left. Twice Mitch used his pace to turn inside and try his luck on goal. Well struck but curling wide of the target on both occasions.

Twice Mitch was brought down making inroads into the heart of the Peacehaven defence, earning free kicks. On the second of these, James Rhodes was able to pick out Lew Finney, judging the flight of the ball perfectly but putting his header narrowly over the cross bar. Lew finished the half by inexplicably getting on the wrong side of the referee and receiving a yellow card.

A half time substitution by Naim saw Brad Santos replacing Mitch Hewens. Also, George Fenton and James Beresford switched flanks. It did not take Brad long to start tormenting the Peacehaven defenders. His closing down of defenders enabled him to win the ball just inside the Peacehaven half. His pace would have taken him clear with a run on goal except that he was cynically brought down. Peacehaven were not giving Lancing time on the ball so the ability of Kane Louis and James Rhodes to retain possession under pressure was vital.

Lancing were trying to use Brad’s pace and dribbling skills to put the pressure on Peacehaven who were finding him hot to handle. Conrad Honoure replaced Tom Caplin, who had been feeling unwell, with 25 minutes to go. Brad showed great determination to take advantage of well won possession by George Fenton and hit a shot from a tight angle which keeper Laurence Sanded did well to push onto the upright and behind for a corner. Lancing gave themselves some breathing space on 66 minutes and it was that man Lew Finney again seizing on a poor clearance and ramming the ball into the roof of the net to put his side two up.

Minutes later Max Blencowe was relieved to see a sliced clearance run harmlessly wide. It was next the turn of Conrad Honoure, winning the ball in a clean tackle, to somehow have been seen to have committed a foul worthy of another yellow. Yet another yellow card was issued by the referee on 79 minutes. This time it was the unfortunate Lew Finney, who appeared to have been brought down on the right touchline. From his prone position, he had somehow committed some transgression in the eyes of the official, sufficient to receive the second card resulting in his dismissal.

Evans was getting busier as Peacehaven upped their game and he pulled off a couple of fine saves before being beaten with a powerful header from Marcus Allen on 83 minutes. Brad continued to harass the Peacehaven defence linking up with George Fenton. George looked to be heading towards goal but was hacked down on the edge of the penalty area earning the offender a yellow.

As the 90 minutes of normal time approached , Peacehaven had a corner with keeper Sanded adding his presence. Lancing defended this well but a free kick quickly followed and Matt Evans did well to punch clear, being fouled in the process. Peacehaven kept up the pressure which paid off when George Fenton made a fine ball winning tackle only for the ball to fall perfectly for Matthew Cheeseman, Peacehaven’s best player on the night, to unleash an unstoppable shot into the top corner with 5 minutes of added time played. Lancing had suffered the blow of losing James Rhodes a couple of minutes earlier with an injury, Mo Juwara coming on. There were only seconds left as Lancing had to overcome the disappointment of losing what looked like a good winning position, with a man short.

Lancing still managed to mount some good attacks in extra time but 14 minutes on, found themselves behind for the first time, as Tyler Capon took advantage of some hesitancy in the Lancing six-yard box to put his side ahead.

The sides then became even in number with the sending off of Brandon Kilula with his second yellow. Lancing had not given up hope of an equaliser but their task was to become harder when the usually calm, unruffled Kane Louis retaliated after being fouled and received a straight red.

Matt Evans joined all the Lancing players in the penalty area for a last-ditch attempt to draw level. Matt got his head to the ball but could not find the net. There was still time for the referee to award yet another yellow on the stoke of full time. This time the unfortunate recipient was Liam Hendy.

Dejection on the faces of the Lancing players as they trooped off after the final whistle was understandable. Victory, after playing some excellent football, was within their grasp. It was a stunning goal which led to 30 minutes extra time. Despite the handicap of losing the inspirational Lew Finney, Lancing kept battling to the end.

No post-match discussion by committee members present, too shocked by what they had witnessed, so I am taking the liberty of naming my personal MOM. This goes to Liam Hendy, an almost faultless display. Calm under pressure and able to deal with everything thrown at him bringing the ball down and distributing it to good effect 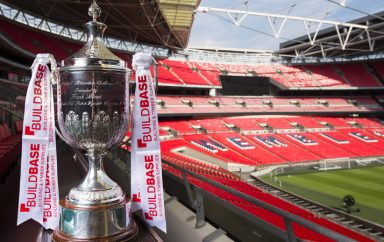 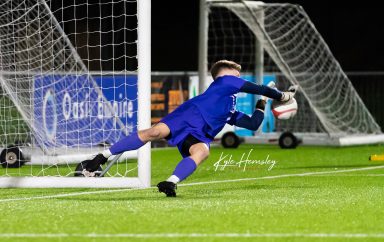 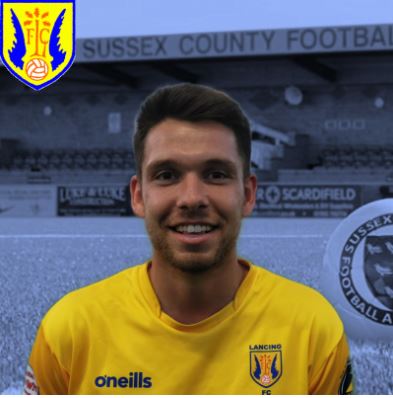