It's a bottom-of-the-table clash on Saturday, as Lancing host Whitstable Town at Culver Road. 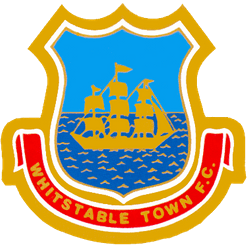 It will be a game in which both sides will be looking to win the 3 points, and indeed the first points so far this season.

Lancing, 4 games into the campaign in the Pitching In Isthmian League South East Division, have played some good football against tough opposition thus far. A shortage of goals is a clear area for improvement, however supporters and coaches alike know that the young side are capable of matching the performances of seasoned Isthmian clubs, despite being the new kids on the block. Supporters continue to see the side adjust well to the new challenge of Step 4 football.

Defeats in which 4 goals were conceded against Sittingbourne, Cray Valley and Chichester were perhaps not entirely reflective of the yellows’ performance. A close 1-0 defeat away to Three Bridges thanks to a late penalty last weekend, shows how close the lads have been to earning their first point(s) already.

Our visitors from the Kent coast are also looking for their opening points, having suffered defeats to Sevenoaks Town, East Grinstead Town and Herne Bay.

It will be two consecutive home fixtures at Culver Road this week, with the Lancers hosting league-leaders Haywards Heath Town under the lights on Tuesday night.

Kick-off is 3pm with bar & servery open, and golden goal & merchandise on sale too. Come and support the lads!