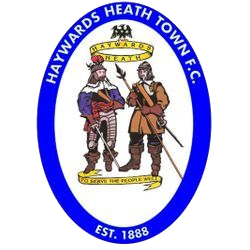 With their first win under their belt, Lancing faced a tough task to follow that up with a home fixture against high riding Haywards Heath Town, who had eliminated Lancing from the F.A cup, a couple of weeks ago with a 4-0 win. Regular keeper and standout performer so far this season, Mitch Bromage, is unavailable for a few games, but Lancing were fortunate to be able to call upon the services of Alieu Secka and what a good replacement he turned out to be with a string of fine saves and excellent distribution.

Heath had Lancing on the defensive from the off and the home side had a couple of narrow escapes. Jake Mackenzie missed a golden opportunity in the second minute with a miss-kick when in a good position. This was followed by Heath putting a header from a free kick wide. Finn Daniels-Yeoman’s attempt to control the ball with his chest only succeeded in knocking it back towards his own goal. Josh Clack hit a firm low drive but Alieu passed his first test on 13 minutes, getting his body in the way to keep the shot out.

Lancing had a glorious chance to get in front a couple of minutes later. Matt Daniel seized on a poor back pass, rounded the keeper and hit the ball goal-wards but a Heath defender got back in position to cover and block the shot.

Alieu was called upon to make a number of good saves as Heath threatened to go in front. But Lancing looked to have turned the tables on them on 41 minutes. Ansu Janneh played Matt Daniel in on goal. His shot on the turn hit the upright and span across the goal line striking the opposite upright and rebounded into the grateful arms of keeper Collings. Lancing supporters were out of their seats cheering what they thought was a goal but nothing came of it. Whether it clearly did not cross the line, or the officials were not in a position to be certain, was not clear. The half ended with Alieu bringing off a fine one handed save from a free-kick.

The second half had both sides playing some good attacking football. A cross from Matt Daniel was only half cleared, falling to Brad Campbell-Francis, but Brad was unable to control his shot. Tyrese was in full flow on a mazy run towards the Heath penalty area but brought down at the edge. Heath hit back with a fierce shot across the face of the goal which had Alieu stretching to get a slight touch putting the ball behind for a corner.

Tyrese displayed his power with a free-kick from 25 yards, which had Collings stretching to put the ball over via the cross bar.

Heath brought on Sinn Christie for Josh Clack and Destiny Ono replaced Kane Louis for Lancing. Bradley’s pace was causing problems for the opposing defenders one the left and Destiny was a threat on the right. Conrad Honore was majestic at the back for Lancing, with his ability to bring the ball out and distribute it well. Lancing’s confidence had grown during a second half in which they matched the Heath.

But they were undone on 82 minutes. A free-kick was awarded wide on Lancing’s left. The ball was fired into the centre of the Lancing box and centre back Tom Gilbert met it with a glancing header which flew past Alieu, who was unable to get close enough to reach it.

Lorenzo Lewis had been introduced for Bradley and, with 5 minutes to go, Mark Goldson came on for Ansu Janneh. Conrad broke forward again and tried to put Destiny clear but the pass was just too long.

Lancing tried in vain to get level but Heath held firm until the final whistle.

A disappointing result to concede from a dead ball so late in the game. But an encouraging performance against one of the top sides and a much closer game than the 4-0 cup defeat. Further proof that Lancing is making progress and, with Alex Walsh now on board to add to the management team, Lancing should be looking ahead with more confidence.

There was a bit of a worry when we learned that Mitch Bromage was to miss a few games but his replacement, Alieu Secka , proved himself to be a more than adequate stand in.

The Committee were unanimous in selecting Conrad Honore as MOM. A calm, and confident performance showing great maturity for one so young. Oozed confidence bringing the ball out from the back. 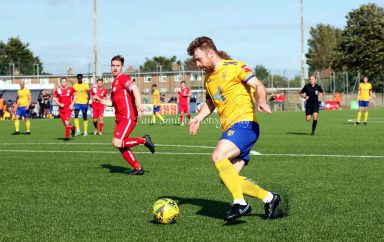 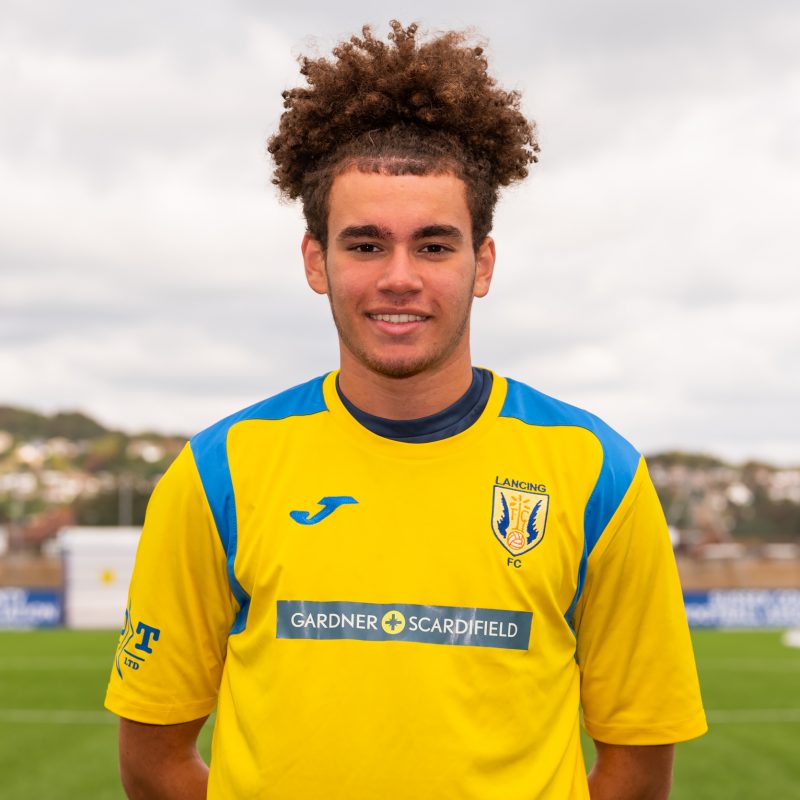