"We came into today’s game knowing it would be tough conditions and would have to be at our best to get the win against a side who do well particularly at home having not lost many here." 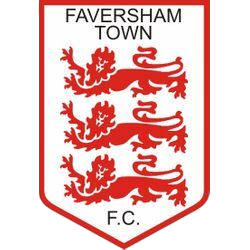 For the visit to the Aquatherm Stadium, one enforced change from the previous Saturday saw the return of Lorenzo Lewis after completing his suspension, in place of “Storm” Destiny Ojo, called up for a trial at Portsmouth, and one tactical, with James Rhodes in for Isaiah Corrie. Faversham proved a difficult side to play against when they were at Culver Road on a Tuesday evening in October, when a Matt Daniel goal looked to be a winner, until a rare lapse of concentration by the usually impeccable Joe Rye, saw him being robbed of the ball, as he tried to shepherd it out of play, and this led directly to an equalising goal 3 minutes from time.

Lancing survived a couple of early scares when Alieu Secka failed to hold on to a free kick, the ball going behind for a corner from which a Faversham header was well wide. Shortly afterwards, a clearance struck a Faversham forward, the ball rebounding and rolling wide of the upright with Alieu scrambling back to be in position to guard his goal.

Lancing’s first real threat on the Faversham goal came on 19 minutes, following some clever interplay between Modou Jammeh and Lorenzo Lewis, which gave Lorenzo a clear run towards the opposition penalty area but before he could unleash one of his trademark rocket-like strikes on goal, he was brought down with a trip, which earned the guilty party a yellow card (the first of four handed out to the home team). Nothing came from the free kick which struck the defensive wall.

Lancing were finding it difficult to adjust their passing game to a grass surface which had an unpredictable bounce. Faversham’s tactics were to try lofting high balls into the heart of Lancing’s defence and down their left flank for Tyrell Richardson-Brown to use his pace and trickery to get in behind Mo Zabadani. Mo defended well but at the expense of conceding a number of throw-ins. This played into their hands perfectly as one of their strengths was the powerful long throw which Lewis Chambers was able to exploit. His throw was as good as a corner kick and, much as he did at Culver Road, before being carried off with a nasty injury, he put the Lancing defence under constant pressure as the throw-in count increased as the half progressed. But Will Berry and Liam Hendy kept their cool and read the situation with concentration and discipline. Lancing were able to use the pace of Lorenzo to launch a number of counter attacks from successful clearances.

Another promising attack from Lancing produced a second yellow for Faversham as Finn Daniels-Yeoman escaped the attention of two defenders to cut in along the by-line before being illegally halted. James Rhodes’ free kick was put behind for a corner.

Lancing had another lucky escape when Richardson-Brown was able to get past Mo Zabadne and set up a chance for Harry Harding from the edge of the box. He mis-hit the ball which bounced awkwardly in front of Alieu Secka and appeared to connect with his shoulder and go behind for a corner.

Lancing took advantage of another clearance from one of Chambers’ long throws to send Lorenzo Lewis on another burst along the left. He picked out Matt Daniel with time to pick his spot but Matt’s effort rolled tamely past the upright. Two minutes later, on 37 minutes, James Rhodes initiated a clever passage of play with Modou Jammeh, who quickly put Lorenzo Lewis in on goal only for him to get underneath the ball and send it flying over the cross bar.

Lancing were winning the midfield battle as Faversham continued to try and put the Lancing defence under pressure with high balls into their box from deep and Chambers’ long throws were a real threat.

Both sides had chances as the first half ended. The impressive Charlie Dickens (named as the hosts MOM) broke from the back ending with a good finish but Alieu was equal to it. For Lancing, Matt Daniel split the defence with a pass for Lorenzo Lewis but the ball ran away from him.

Both sides made changes for the second half. Faversham right back, Benny Bioletti had been forced off with an injury early in the first half and, although he returned, he looked to be struggling. He was replaced by Manny Oluwasemo and Mo Juwara substituted for Mo Zabadne. Harrison Parker switched to right back with Mo slotting on the left.

Play was end to end in the early stages, and saw Harrison Parker getting forward well for Lancing winning a corner. Alieu Secka managed to get a touch to an effort on goal, putting it behind for a corner. Lorenzo Lewis continued to be Lancing’s main man on the attacking front, getting forward at pace and finding Modou Jammeh in space on the left, only for play to be halted by the linesman’s flag (an erroneous decision as far as yours truly, and others nearby, were concerned, being dead in line with Modou and the last defender)

Harrison Parker needed treatment for a chest injury with only eight minutes gone, and only survived another three minutes before being unable to continue. Gabriel Robinson replaced him.

Lewis Chambers continued to hurl the ball long distances from the touchline into the Lancing box and, eventually, on 64 minutes his persistence paid off. Lancing were able to clear the ball from the six-yard box but, waiting at the edge of the penalty area, was Tyrell Richardson-Brown who struck the ball low and hard, through a mass of players, into the net, with Alieu Secka probably unsighted.

Lorenzo Lewis maintained his attacking threat and looked to have been brought down in the box but nothing was given. Next it was the turn of Modou Jammeh to attempt to break through but he was pulled back by Matt Bourne, which earned him a caution. On 71 minutes Conrad Lee came on for Sam Berwick and two minutes later Lancing brought on the powerful Andrew Dalhouse for James Rhodes. Andrew soon made himself a difficult target for defenders and initiated a move which produced a corner. Lancing had not given up the ghost and some strong attacking play from Mo Juwara created an opportunity for Lorenzo Lewis whose low drive was gathered in by keeper Pat Ohman at the near post. A superb pass from Liam Hendy dropped into the path of Mo Juwara but he was halted, the ball going out for a corner.

Faversham made their final substitution on 77 minutes, bringing on Marshall Wratten for Marcus Elliott. Lorenzo Lewis was still lively and laid on a chance for Andrew Dalhouse to aim for goal. It was well struck but straight into the arms of Ohman.

Lancing gave away a free kick as Faversham mounted a swift counter attack after Lancing had lost possession, but survived when Harrry Harding hit his effort just wide.

Finn Daniels-Yeoman finished a strong break down the right with a fine cross into the box for Lorenzo Lewis. Any sort of good connection would probably have seen the ball enter the net but Lorenzo failed to make any contact. With the game entering added time, a clever back heel by Modou Jammeh gave Matt Daniel a good opportunity. His shot was aiming to cross the line but lacking power and was cleared. Faversham then came close to a second, when, with nearly 10 minutes of added time having been played, there was a controversial ending to the game with Lancing players believing that there had been a handball inside the area, not outside, and that the tackle which brought Lewis Lorenzo to the ground was worthy of a penalty. Despite the protestations from Lancing players, referee Daniel d’Urso held his ground. The only outcome was a caution for Gabriel Robinson for dissent, to add to Mo Juwara’s earlier yellow for a foul.

Faversham ended with 4 yellows, plus a caution for dissent given against manager James Collins.

So, Lancing’s hopes of closing the gap between themselves and Faversham were dashed but they still remain in 16th place above Whitehawk, Sevenoaks and Phoenix. On the balance of play, Lancing had more than enough of an attacking threat to have come away with three points. The game was not high on quality and it was the inability to convert at least three good opportunities which cost Lancing dear. Once again, a defeat by the narrowest of margins.

After his performance against East Grinstead, it was disappointing to lose the services of Destiny Ojo but, all credit to him for attracting the interest of an EPL League 1 side and we wish him all the best. Joe Rye, whom we thought might have to miss the rest of the season through injury, has made an excellent recovery and has turned out for parent club Worthing and it is not beyond the realm of possibility that we might see him in Lancing colours again before the season ends.

We committee members were unanimous in selecting Liam Hendy, closely followed by Will Berry, as our MOM. Liam responded superbly to the constant bombardment into the penalty area of Chambers’ long throws, a number of corners and high balls hit from deep. Winning aerial battles, strong and fair in the tackle and some excellent probing passes from the back. The pairing of Will and Liam, as central defenders, must rank with the best in the League.

Finally, Joint manager Alex Walsh has found the time to share with me his thoughts on the game.

We came into today’s game knowing it would be tough conditions and would have to be at our best to get the win against a side who do well particularly at home having not lost many here. I felt we started the game slowly and allowed Faversham some early opportunities to put the ball into our box which we defended well. It took around 15 minutes for us to get a hold of the game and we looked a lot more dangerous and this was starting to show with the amount of yellow cards the opposition were accumulating. We certainly had more big chances in the first half and warranted a lead at the break but it wasn’t to be. I felt for the players as it was very tricky to play but credit to all we continued to try to play our style and it worked again in the second half with plenty of chances but again we weren’t clinical enough and we were made to rue those missed chances. Positives to take away from today we showed the endeavour and desire to push for the result and of course some big decisions could have gone our way but didn’t and we have to move on and target next match v local side Burgess hill. Many thanks to all the fans who made the trip and we look forward to seeing everyone else supporting at home on Saturday 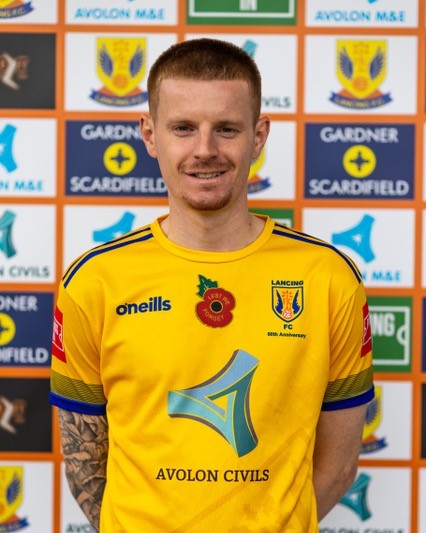