Ansu signs a deal that will keep him at the Chigwell Construction Stadium until at least the end of the 2023/24 season, and will wear the number 32.

Ansu has been training with the Daggers, and recently featured in the 4-0 win in the behind-closed-doors friendly against West Ham U23s last week as ‘Trialist B’, with his performance impressing Daryl McMahon.

He has also been on trial with clubs such as Norwich City and Aldershot Town in recent years.

We are thrilled for Ansu, and we wish him all the best of luck with his career following a short spell with the Lancers. Ansu is a credit to himself, and to the coaches in the first team squad – we all know that he has a bright future ahead of him. 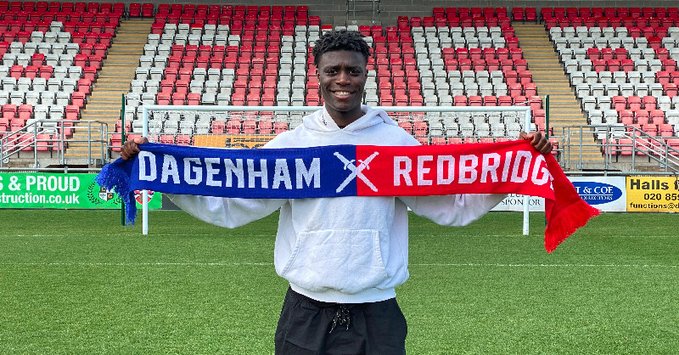