"The players were in good spirits on the homeward coach journey which underlines their belief that they have sufficient ability in the squad to keep themselves clear of the danger zone." 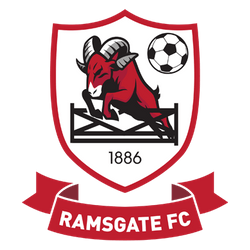 Buoyed by a decent run of results since the turn of the year, especially their 2-1 defeat of Burgess Hill, Lancing travelled to the Rams ground, The WW Martin Community Stadium, in no way overawed by the size of the task facing them. The Rams had left Culver Road 2-1 victors back in November but with Lancing having impressed their opponent’s management, who considered that they had asked more questions of them, than any other team. They would know that Lancing are a team who compete right to the bitter end, as they demonstrated in November’s fixture.

Lancing were missing Will Berry, Harrison Parker, and James Rhodes but, nevertheless, were able to field a starting eleven who were certainly equipped to mount a strong challenge with good options on the bench. Finn Daniels-Yeoman lined up alongside Liam Hendy at the centre of the defence. Kane Louis was making his first start for a while.

For the Rams, the danger men were central striker Ashley Miller who scored both goals in November and 19-year-old wide man Josh Ajayi, a signing from Crystal Palace.

It took Miller a minute less than his opener at Culver Road to put his side ahead on 8 minutes, latching on to quick pass threaded into the centre of Lancing’s box and finishing with a low drive into the corner. Lancing were forced onto the defensive, as the Rams tried to capitalise on their early dominance. But Lancing coped well and were looking to establish some attacking threat of their own with Matt Daniel working hard in the opposition half and Kane Louis using his strength on the ball to try and deny possession to the Rams.

A set back to Lancing’s attempt to get back on level terms occurred on 23 minutes. Mo Zabadne’s attempt to play the ball back to Alieu Secka from close to the bye line was intercepted providing the opening to lay the ball across the face of the goal where Ashley Miller was waiting to pounce and calmly stroke the ball home.

The Rams set about preventing Lancing from establishing any attacking rhythm by their tight marking and speed in closing their opponents down. But Lancing did succeed in putting some efforts goal wards. A break down the left by Matt Daniel ended with a deep cross which had keeper Jacob Russel back pedalling to reach the ball at the far post but the 6 ft. 4 giant showed a safe pair of hands. A neat interchange of passes between Modou Janneh and Lorenzo Lewis produced an effort on goal from Lorenzo, which was deflected behind for a corner. From the corner, Finn Daniels-Yeoman attempted a lob with his back to goal but it fell nicely into the arms of Russell. Lorenzo followed this up on 41 minutes with him fighting off two tackles and forcing a good save from keeper Russell.

Lorenzo had switched positions with Matt Daniel, who was enjoying some success getting forward on the left.  The Rams still continued to pose a threat and Alieu Secka was forced into making a good save on the stroke of half time.

In the second half, Josh Ajayi continued to look dangerous on the right wing but Mo Juwara was tenacious in the tackle and was able to largely contain the threat. The Rams came close to putting the game out of reach on 52 minutes. Right back Jerald Aboage surged forward and hit a dangerous ball into the heart of the penalty area where it was met by the head of Ashley Miller but he failed to make a good connection, glancing the ball wide of the far upright.

Lancing were enjoying a good spell at this point but did not seem to be getting any favours from some of the decisions by referee Daniel Doyle. Mo Juwara was able to get forward and add to Lancing’s attacking force. On one occasion setting up Isaiah Corrie who shot just wide, and then hitting a cross into the box which appeared to hit a defender on the hand, but which went unseen by the officials. In between, Lancing were puzzled by the award of a free kick against them. Lorenzo Lewis bravely put his body on the line to block a fierce drive from the dead ball kick, leaving him prone for some minutes. Isaiah Corrie produced a clever flick on to Matt Daniel but he was dispossessed just as he was shaping to shoot. Mo Juwara continued to break forward and finished one strong run with a good effort which narrowly missed the target.

On 64 minutes, Mo Zabadne was replaced by Gabriel Robinson but The Rams seemed to gain a second wind with Alieu Secka having to block an almost certain goal from Ajayi.

With a little over 15 minutes to go, Kane Louis made way for Andrew Dalhouse. A superb long-range clearance from his hands by keeper Secka fell perfectly for Isaiah Corrie on the right touchline deep into the opposition’s half. Isaiah set off on a spurt which took him to the bye line but a promising attack was halted with the ball being put behind for a corner.

The first (and only) caution of the game was dished out to Liam Hendy on 79 minutes. The resultant free kick came close to dropping in just below the cross bar but Alieu Secka was able to stretch and tip the ball over.

Danny Kingston was quickly able to demonstrate his quick thinking, feeding a fine pass to Matt Daniel who had only the keeper to beat from close range but Russell was down quickly to block Daniel’s low effort.

Lancing continued to press forward but were sunk by two quick counter attacks. The first on 87 minutes with Ajayi getting forward to set up Ollie Bate with a simple task to find the net, and, to rub salt into the wounds, another attacking run from Ajayi saw him lay on a side foot plant into the net from Bobby Dunn.

So Lancing were finally undone by two late goals as they were striving until the end to get something out of the game, inevitably leaving themselves slightly exposed at the back.

Little doubt that The Rams are one of the better sides in the league, with the goal poacher Ashley Miller and the talented Josh Ajayi able to stretch any defence. If Matt Daniel’s effort had gone in, that might have caused some frayed nerves in the home defence for the final minutes but it was not to be and, in the end, the 4-0 score line was not a true reflection on the game. But it would be hard to argue that The Rams did not deserve the victory. This puts them in a good position in the table lying third on 59 points, just behind Ashford on 61, but with a game in hand. This will be played on Tuesday against Corinthian. A win would see them move above Ashford.

The way the results went at the bottom end of the table saw Lancing being leapfrogged by Whitehawk into 14 th place. Both sides have 31 points but Whitehawk have a superior goal difference.

The players were in good spirits on the homeward coach journey which underlines their belief that they have sufficient ability in the squad to keep themselves clear of the danger zone.

A difficult choice for the committee MOM as Mo Juwara put in a terrific performance having to contain Ajayi and still mount his attacking runs from deep. Just edging it was Matt Daniel whose work rate and positional sense allowing Lancing to make roads into the opposition half often go unnoticed, but not on this occasion. So, MOM award to Matt. 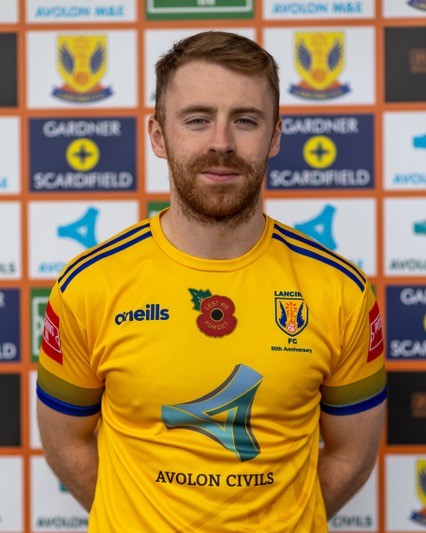