Lancing travelled into deepest, darkest Kent for a first ever visit to Reachfields, adjacent to a firing range and home to the “Cannons” of Hythe Town. Perhaps somewhat appropriately, this was a contest in which both sides forgot to bring their shooting boots. 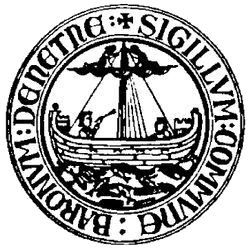 With the Isthmian League season reaching its denouement, this had the look of a “must not lose” for the Lancers with their hosts – who won 1-0 at Culver Road in November – two places and points above them with four games to go.

The starting lineup showed one change from last Saturday’s draw at home to VCD as goalscorer Matt Daniel came in for Isaiah Corrie, who dropped to the bench.

It would be he to get the visitors off to the perfect start inside the opening five minutes. A Darius Goldsmith set-piece was flicked on by the skipper, Finn Daniels – Yeomans, and the ball fell kindly for ‘MD’ to make no mistake with a sliding finish from close range. The goal took Matt into double figures for the season, the first Lancers man to do so at this level.

No sooner had the dust settled, than Hythe had preserved almost immediate parity. In keeping with what was to follow, it came from another set piece as Lancing failed to clear a Liam Smith free-kick and Riley Alford was left unmarked to power home his header.

Smith whipped the ball across goal when a touch from the onrushing Tom Walmsley would surely have taken it in. Alieu Secka had a relatively untroubled afternoon but was called into action for the first time on 22 minutes when Luca Woodhouse tried his luck from distance but the Lancers keeper was equal to the effort and pushed the ball away.

Lorenzo Lewis, as is his wont, caused all sorts of problems down the left for Lancing and went close to restoring his side’s lead when he pulled down a cross-field ball, took on two opposition players, cut inside and flashed his shot across goal and narrowly wide.

Jacob Gilbert went close from distance before Liam Hendy headed off target, Will Berry’s effort was turned past the post and Lewis drive into the area was thwarted by a good challenge from Hythe player-manager James Rogers.

That proved to be the last action of a first half in which both these strugglers had their fair share of chances, but nothing clear cut to cause either undue alarm.

The interval saw a change of both personnel and tactical approach as impact sub Andrew Dalhouse – yet to start a match for the Lancers – came on up front, with Kane Louis replaced.

Hythe’s hitherto untested keeper suddenly found himself a man at the forefront of proceedings. Lewis saw his effort on the angle well saved by Henry Newcombe.  Dalhouse then demonstrated his strength and power when he turned two players and fired on goal, but the Cannons keeper got down well to keep out his shot.

At the other end, Gilbert’s rasping free-kick came within inches of going in but skimmed the bar and Alford then wondered quite how he failed to hit the target when he headed wide from three yards out.

The contest had become increasingly stretched with the bobbly, bouncy pitch making it tricky for either side to build momentum, pressure or sustained attacks.

Centre-back Ollie Gray went for the spectacular for the hosts with an acrobatic scissor-kick volley but was off target, but Lancing will feel they had the better of the half.

Daniel found himself with only Newcombe to beat having been released one-on-one but his effort was cleared off the line by Rogers. Hendy, in an identical position, then also failed to make the most of the opportunity when clean through. Newcombe this time made the save and Hendy later told us he cramped up as he shaped to shoot.

Soon afterwards, a mazy run from Dalhouse brought delight to the 151 spectators – even though it came to nothing, the sight of Hythe’s defenders merely bouncing off the bulky forward was an entertaining moment in a tie largely devoid of quality.

Newcombe denied Daniel from close range again before Daniels – Yeomans saw his drive hooked away to safety as Lancing pushed for the win that would surely see them secure survival.

In the end, either side could have nicked it with a draw probably a fair result. Lancing remain fourth-from-bottom in 17th place, but the bottom two clubs, Phoenix Sports and Whitstable, both won against Sussex sides Three Bridges and Whitehawk respectively. Lancing face the former two in their last two away games: in stark contrast, the top two clubs – Ashford and then Hastings – are the final visitors to Culver Road.

After a lengthy discussion, both the committee, this particular hack and the Lancing management team were all in unanimous agreement – Harrison Parker gets the nod for Man of the Match after a  typically combative, all-action showing at left-back.

Our thanks to Jamie Spoor for his report in the absence of Dave Wilmott. 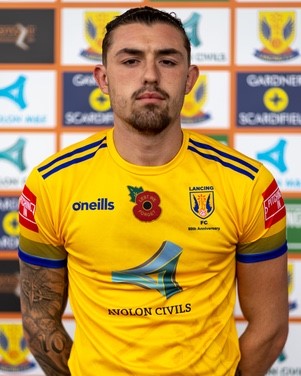