Lancing FC have a new joint manager alongside Kane Louis - with former Loxwood and Langney boss Alex Walsh replacing James Rhodes in the role. We asked him how the job came out - and what he expects to achieve with Lancing as they adjust to life in the Isthmian League.

Interview provided by Steve Bone at the Worthing Herald
Alex – congratulations on the new job. Tell us how this Lancing FC job has come about – as we understand it you joint boss with Kane Louis, with James Rhodes stepping aside and concentrating on playing?
Yes Joint Manager with Kane Louis as James Rhodes is now focusing on playing, adding more quality to our squad. The role came about through speaking with Kane who I have known for a long time – with him wanting to play more also it seemed a great opportunity for me to get involved and support in the best way I can, which I’m looking forward to.
Tell us what’s on your football CV to date – who have you played for and managed?
Like most I started in youth football working with Lewes U18s, where we helped develop players through to the first team whilst creating a winning mentality within the group winning the county cup and Ryman Cup. They have now kicked on even more under my good friend Dale Hurley. I then went over to Haywards Heath as assistant in step four (same level as Lancing are now at) before taking my first managerial role at Loxwood with Nathan Bowen, where survival was the key which managed to achieve, which was a great moment for the group and us. Being at Langney for a short amount of time also was a good experience; however results didn’t quite go our way and it was a massive learning curve for me.
What’s the size of the task at Culver Road? They’ve had a tough start – is it all about working towards survival at this level?
Before taking the role I certainly understood the task in hand and relished the challenge. I had a long chat with Kane and he explained how good the set-up and support is at Lancing that it was easy to come over for me. There is a great group of lads at this club and showed their quality in the two matches I’ve witnessed so far with a 1-0 win v Whitstable and a narrow loss to league chasers Haywards Heath, 0-1. We have short term and long term goals – yes of course staying in the league would be classed as success but we have a driven, determined group who want to achieve wins every game. So we are taking each game at a time as we want to improve week in week out.
What factors does the club have that will help it, from what you have seen? A good committee / facilities / fans?
All of the above. The club is blessed with first-class facilities and we are very lucky with this. The committee has been incredible, the support and effort that goes into everything we do, whether that be training or matchday, they give their absolute all, and the players and us as staff want to match that. I’ve experienced just two home games so far and the fans have been brilliant, it gives the players an extra buzz and we’re looking forward to them supporting us on the road too. 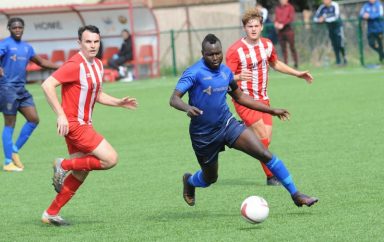 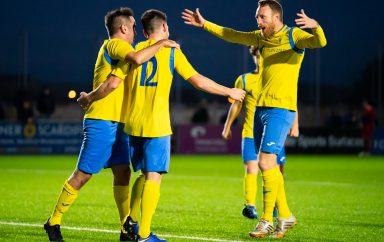